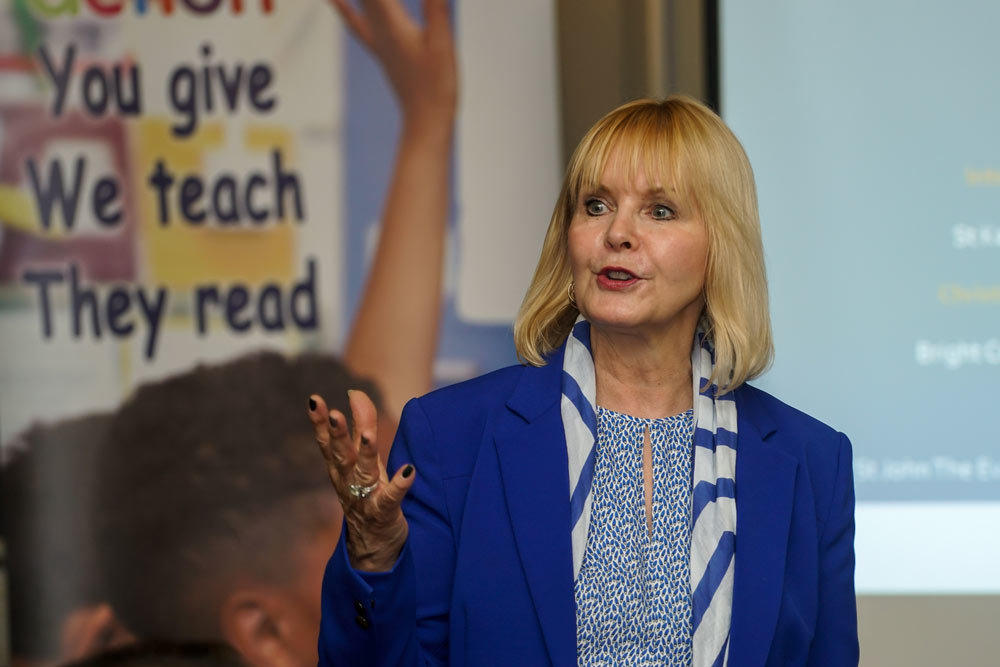 Sherry has had a successful and diverse career in education and has won a number of awards in curriculum design, economics, creative writing and science.

She came to England on a Fulbright Scholarship in 1991 to teach in schools and has lived in London ever since. She has worked in a number of leadership roles in maths, language, IT and curriculum development.

After teaching in London primary schools for a number of years, she became a specialist in literacy and worked as a consultant for ARK Schools from 2007 – 2012. She continues supporting staff and students at School 21 in Stratford.

Sherry operates Brandenburg Bent Tutorials, a weekend school supporting students in preparation for their exams. In addition, she is also the chairman for Real Action.

Sherry has received a number of accolades including “Teacher of the Year” in her school system in the U.S., as well as being awarded a “Woman of Achievement” award at her university. In 2010 she was elected to the “Hall of Fame” at her Ohio high school. She received two Masters Degrees with honours in both educational curriculum and development, as well as in administration and supervision.

What we do Find out about our educational services
Work with us Job and volunteer opportunities
Volunteer Join our team of 70+ volunteers
Real Action, The Learning Store, 3 Mozart Street, Queens Park, London W10 4LA Registered charity number: 1072633
Log in | Powered by White Fuse